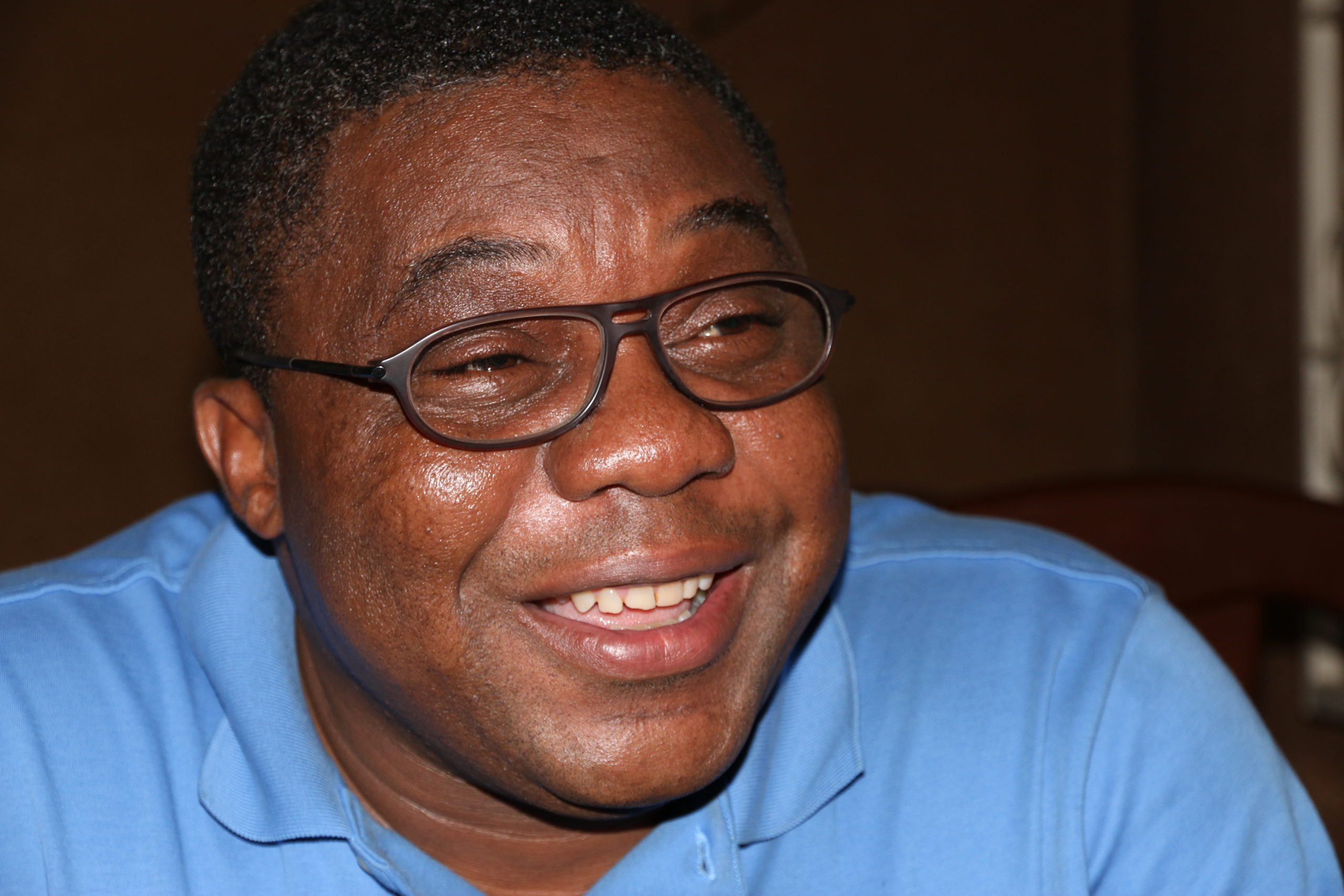 Help for the blind and eye-sick in Cameroon

There is an estimated total of six million blind people in sub-Saharan Africa. 3.6 million of them are blind from cataracts. In addition, there are millions of the severely visually impaired. Cameroon is also badly affected by this problem. The Kacheu Medical Foundation has set itself the task of resolutely taking on the fight against blindness and its main causes. 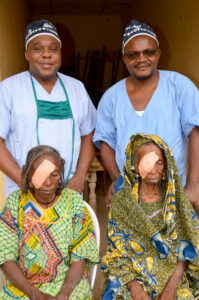 There are around 200,000 blind people in Cameroon alone. About as many are at risk of blindness due to a lack of medical care, because the entire population is looked after by only around 70 ophthalmologists. Many people therefore suffer from eye diseases that can be easily cured in industrialized countries. 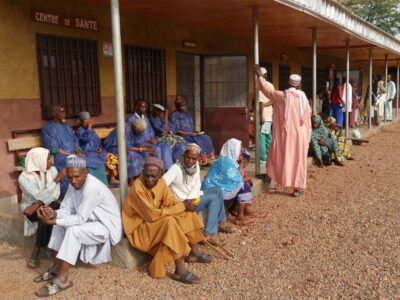 Waiting patients at the operation campaign in Ngaoundal 2019

Dr. Raoul Edgard Cheuteu Tsane and Prof. Dr. Giles Kagmeni founded the Kacheu Medical Foundation, because they wanted to help – in concrete terms. For many years, the two ophthalmologists with their team and their mobile eye clinic have usually carried out four annual examination and operation campaigns in remote rural regions of Cameroon in order to care for the ophthalmologically underserved population there. So far, more than 10,000 examinations and over 1,400 operations have been carried out. In addition, there are more than 500 tailor-made glasses that are made during the campaigns and distributed to needy patients.

In addition, the Kacheu Medical Foundation built a new eye clinic in Ambam in the south region, which opened in March 2021. A fully functional optician’s workshop is integrated into this clinic, which is also included in the operation campaigns. A second eye clinic of the Kacheu Foundation is currently under construction in Yaoundé. The Kacheu Medical Foundation receives financial and general support from the German association Augenhilfe Afrika. 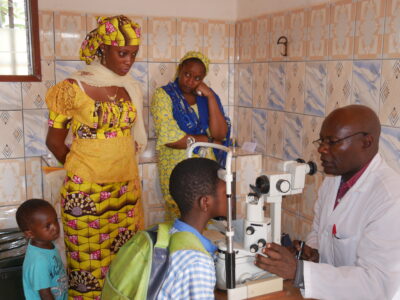 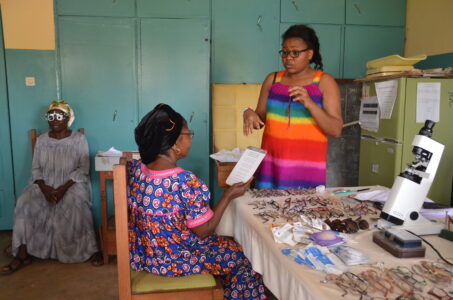 Born in Cameroon in 1968, Dr. med. Raoul Cheuteu studied in Moscow, Russia, Grodno, Belarus, and Munich, Germany, where he completed his scientific training at the Ludwig Maximilians University Eye Clinic in 2009. In July 2011 he returned to Cameroon. There he subsequently opened together with his colleague Prof. Dr. med. Giles Kagmeni in Yaoundé and later in Ambam two regional eye clinics. Prof. Dr. Giles Kagmeni, who was also born in Cameroon, studied in Yaoundé and Leipzig, Germany, where he finally completed his habilitation in 2018.

The commitment to destitute patients whom they treat during their examination and operation campaigns in remote regions of Cameroon is a social obligation for the two ophthalmologists, to which they dedicate themselves with great commitment on a voluntary basis. They want to give back all visually impaired and blind, wherever medical help is possible, their full vision or even their complete eyesight. 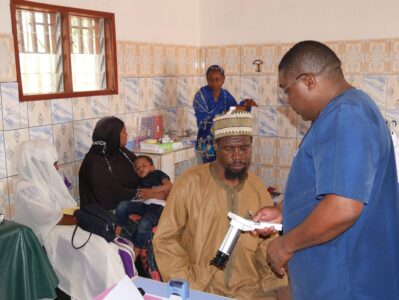 Dr. Cheuteu explains his diagnosis to a patient during the 2019 operation campaign in Ngaoundal. 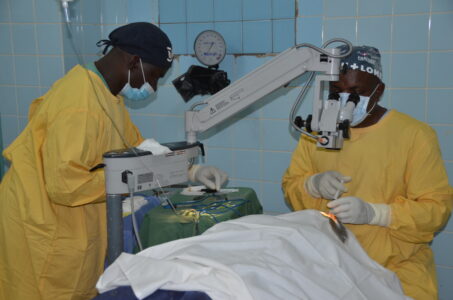 Professor Dr. Kagmeni performes a cataract operation during the operation campaign in Eséka 2017.